How to Tame a Wild Tongue

How to Tame a Wild Tongue

“How to Tame a Wild Tongue” is an essay that explains the experiences which Gloria Anzaldua, the author, went through as a woman leaving at the border of different countries and cultures. The piece is part of her leading book, Borderland or La Frontera’ that was published in 1987. The book consists of two sections. One section having the essays while the last part has poems. The book generally highlights her experiences at the border. A woman like Gloria Anzaldua was referred to as Mestiza, meaning a woman of mixed race, especially those having a Spanish descent. The borderland is not only a physical area where two countries come together but also represents a place where different spiritual, linguistic and cultural ideologies come together. The borderland suffered from the influence of the Europeans as well as the indigenous people. 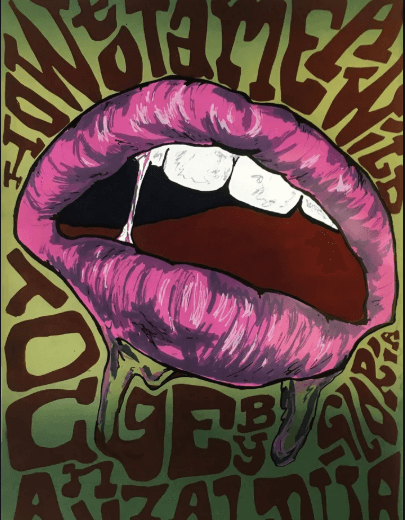 How to Tame a Wild Tongue” explains the experiences which Gloria Anzaldua, the author, went through as a woman leaving at the border of different countries and cultures

Sometimes the coming together of different cultural ideologies and spiritual linguistics can be productive and result in a new type of ideology and identity.

However, sometimes, the coming together of different cultural ideologies and spiritual linguistics can be violent, and consequently harmful.

How to Tame a Wild Tongue Summary and Analysis

The beginning of the essay starts with Gloria Anzaldua describing a brief moment at the dentist’s office. The dentist is not able to work on her teeth because of her tongue. The tongue is a metaphor for her language. This dentist’s experience makes Gloria Anzaldua remember her childhood experiences which had a significant impact on her identity.

In one instance, she narrates how she received corporal punishment for not speaking in American and when she tried to explain the correct pronunciation of her name, her teacher sent her to the corner of the classroom.

Gloria Anzaldua goes on and on discussing a group of people living in the United States, but their ancestry goes back to Mexico. However, this group of people does not see themselves as Mexicans Perse’.

On the other hand, they do not see themselves fitting in mainstream American society either. Just like her, the Mestiza, are the group of people with a mixture of Mexican culture and American culture, but also a rejection of each.

She accepts standard English and Standard Spanish, but she also wants to preserve the other versions. She does not want to see these versions of English and Spanish disregarded.

Gloria Anzaldua insists that the versions are essential as they define her and how she grew up.

In her essay, she thinks that it is wrong to rob a person any of their languages. Anzaldua includes a quote on the second page by Ray Gwyn Smith,

“Who is to say that robbing a people its language is less violent than war?”

Historically, we would say that robbing people their language is very often a result of war through acculturation.

Acculturation often happens after a dominant society conquers another society and the dominant society hopes to assimilate the newly conquered people. This is something that Gloria Anzaldua wants to reject.

Gloria Anzaldua distance herself from people who would have her believe that her different versions of English and Spanish are not valid. Paragraph 12 sums up what Gloria Anzaldua wants:

“For a people who are neither Spanish nor live in a country which Spanish is the first language; for a people who live in a country in which English is the reigning tongue but who are not Anglo; for a people who cannot entirely identify with either standard (formal, Catillian) Spanish nor standard English, what recourse is left to them but to create their own language? A language which they can connect their identity to, one capable of communicating the realities and values true to themselves- a language with terms that are neither Espanyol ni ingles, but both. We speak a patios, a forked tongue, a variation of two languages.”

This is where Gloria Anzaldua sees Chicano identity as very unique, not like other Latino identities such as Columbian, Puerto Rican, or Cuban.

Because Gloria Anzaldua and the rest are in a unique situation, their language also ought to be unique.

Paragraph 26 brings out the true meaning of what Gloria Anzaldua thinks about herself:

She, therefore, resorts to “keeping her tongue wild” and ignoring the closing of linguistic borders as a way of asserting her identity.

How to Tame a Wild Tongue Summary is a synopsis of Gloria Anzaldua’s work where she analyses the cultural and social differences between the American and Mexican cultures, and how immigrants find themselves in between. The main idea in the essay is that the language that an individual uses is key and proof to their identity

How to Tame a Wild Tongue Citation

APA Citation for How To “Tame a Wild Tongue”

Essay Services, (July 2019). How To Tame A Wild Tongue. Retrieved from https://smartcustomessays.com/how-to-tame-a-wild-tongue/

MLA Citation for “How to Tame a Wild Tongue”

MLA-7 Citation for “How to Tame a Wild Tongue”

Harvard Citation for “How to Tame a Wild Tongue”

Vancouver Citation for “How to Tame a Wild Tongue”

OSCOLA Citation for “How to Tame a Wild Tongue”

Common Questions on How to Tame a Wild Tongue

The main idea in the essay is that the language that an individual uses is the key and proof of their identity. With language, people unite and identify with each other. Gloria Anzaldua believes that her language makes her become what she is as a person. Therefore, the environment (the people with dominant languages) should respect and tolerate her language. The Whites and Hispanics should stop despising her for speaking Chicano. Chicano students should, therefore, be allowed to use their own language in school.

The term “Wild Tongue” is first used when Gloria Anzaldua is at the dentist, and her tongue has made it impossible for the dentist to use the drills and needles while treating her teeth. The term “Wild Tongue” has been used metaphorically to describe an individual who has ignored the closing of linguistic borders. It describes an individual who has refused to follow the linguistic norms of the dominant group because she believes that Chicano is important, and it helps her see herself and how she grew up.

3. When was How to Tame a Wild Tongue Published?

How to Tame a Wild Tongue is an essay/chapter in the Book, Borderlands/ La Frontera which was published in the year 1987.

4. What is the Purpose of the Opening Anecdote about the Dentist?

Gloria Anzaldua, the author of “How to Tame a Wild Tongue” starts with a Dentist’s anecdote to introduce the concept of the “wild tongue” which has both a literal and symbolic meaning.

The anecdote is meant for getting the reader’s attention as well as bringing out her identity as a Chicano Speaker. Being a Chicano speaker, and starting the essay with a dentist’s anecdote, Gloria gets the authority to discuss the topic of identity and language.

5. Discuss the Purpose of Using Spanish throughout the text

Anzaldua uses Spanish in the essay to assert her identity. It is part of her life, and she is not ready to hide it even when her environment does not allow her to use it. Therefore, the purpose of Spanish was to show where she comes from, how important the language is to her, and support her claims.

6. What is the meaning of the quote, “Wild Tongues can’t be tamed, they can only be cut out”?

More Questions on “How to Tame a Wild Tongue”

1. Anzaldua recalls being punished as a child for?

3. Discuss how the opening scene of Anzaldua in the dentist’s chair connects to the overall message/point of the essay and title

4. Can Academic English be defined as Spanish (standard) and can Chicano Spanish be described as nonstandard? Why? What inferences, conclusions, can be made from referring to one identity (language) as standard versus nonstandard?

5. Discuss the necessity of speaking and/writing in Academic English as an identity. Is it necessary?

6. Discuss the various types of English identities that Anzaldua identifies

7. “I am my language.” What does this mean? How does this statement connect to a person’s identity?

8. How is the introduction and conclusion connected?

GET MORE SOLUTIONS FOR YOUR ASSIGNMENT