Death of a Salesman Characters

Death of a Salesman Characters

Willy Loman is the head of the family, and the main character, also known as the protagonist.

Willy Loman is about 63 years old and lives in Brooklyn, New York.

The setting of the play is after world war 2, in the late 1940s. Willy is a traveling salesman and he has to travel from Brooklyn to New England every week.

Loman has challenges driving to New England as he cannot focus on the road, for even five minutes. His mind is always wandering. 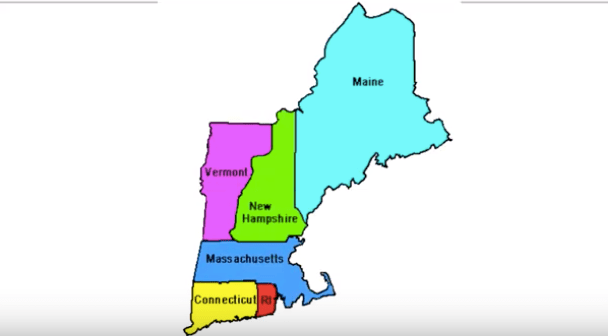 A map of New England

As you can see from the photo above, New England is a vast area, and as Willy gets older, it will be a challenge for him to cover the whole territory.

His last name Loman gives the feeling of someone who will not succeed. However, this popular interpretation was rejected by Arthur Miller the author, who claimed that the name is as a result of the relation to the queens English.

He is disappointed by his two sons as they do not meet his unrealistic expectations in life.

Willy Loman is also full of contradictions. He often changes his mind within a few minutes. He will say something, and within minutes, change his mind.

His contradictions and confusion are caused by his inner conflicts.

Willy goes into flashbacks of events that happened more than 15 years earlier.

The play is basically a psychological one and it takes place in the mind of Willy Loman.

Willy has insecurities and illusions regarding life. He is alluded by the dream about wealth and success.

His sons disappoint him for not meeting his expectations.

Willy’s lack of touch with society, failure to succeed in life, and his past mistakes such as infidelity, make him suicidal.

His sons Happy and Biff disappoint him.

Willy’s mental health unravel when his illusions fail to meet the realities of life.

The disparities caused by the imperatives of society form the central theme in the ‘death of a salesman’. The main theme is, therefore, conflicts between personal realities and social pressure.

Linda is about 59-60 years old. She is the wife of Willy Loman, and they have been married for many years.

Linda is a traditional wife who endures Willy’s failures and dreams, and a homemaker. She is devoted to taking care of her husband and two sons. A trait that is not very prominent in today’s society.

Linda worries much more about the three men than about herself.

Linda is a quiet person, watches everything and knows what is happening, especially insofar as the flaws in her three men is concerned.

She is less fragile than her husband Willy.

Despite Willy’s illusions and dreams about success, Linda is realistic and sees through the self-delusions brought about by Willy.

Linda is emotionally strong and persevering supporting Willy in his illusions.

She takes it upon herself to bring her family together and reconcile Biff and Willy.

Linda supports her husband all the time and at all costs. She sometimes has to perpetuate Willy’s fantasies so as to manage his suicidal tendencies.

Linda stands by Willy to the very last day when he committed suicide.

However, we notice an aspect of self-relief from Linda when Willy commits suicide.

‘Happy’ is the youngest of the two brothers and is 32 years old.

He is a businessman in a lower level position but he exaggerates his role and authority. He is, however, willing to cheat his way by taking bribes.

Happy acknowledges the fact that he is of bad character; sleeps and dates many women and dumps them. He is a womanizer.

He yearns for approval and love from his parents as all his life he has been living in the shadows of his brother, Biff.

Harold is an attention seeker as he feels that no one notices him.

His name is ironic because he is not satisfied or happy with his life and feels powerless to change.

Happy compensates the lack of satisfaction and happiness by being professionally ambitious and sexually promiscuous.

He, however, appears to be more practical and rational than Willy.

He represents his elder brother’s sense of ambition, blind servitude to the expectations of society, and self-importance.

His promiscuous behavior and lack of ethics are not good for his success and career in general.

He is also the main character who has a lot of inner conflicts with himself.

His family had huge expectations for him and they gave him all the attention.

His father thought that he would be a future star.

He is very popular with women and friends.

Biff was not able to graduate in high school because of failing in Math.

He abandons the dream his father had for him and goes to the west.

Biff is the only member of Loman’s family who knows about Willy’s affair, which makes him recent his father bitterly.

The discovery of Willy’s mistress makes Biff lose faith in his father and all the ambitions that his father had for him.

Eventually, he sees his father as an underachiever.

Since high school, he has been bouncing from one job to another. He has had between 20 to 30 different jobs after high school.

Biff frequently claims to be a boy which is an aspect of immaturity from him.

Unlike Willy and Happy, Biff seems compelled to accept the truth about reality.

Biff acknowledges his failures and in the long run, confronts it.

The identity crisis in Biff is a result of his and his father’s disillusionment which he must expose if at all he wants to reclaim his identity.

Charley is a successful businessman who lives next door to Willy.

He lends Willy money though he never gets his money back.

Charley has a son called Bernard who was a smart student and is not a successful attorney.

Charley seems to sympathize with Willy and the challenges that Willy faces in trying to make a living.

Willy, on the other hand, is very envious of Charley’s and Bernard’s success.

Charley gives Willy good advice, offers Willy a job which he turns down.

He does not blame Willy for his faults and is, therefore, a good and honest friend.

Ben is Willy’s older brother, who dies a few weeks before the play begins.

He was a father of seven sons and lived in Africa where he made a tremendous fortune.

Ben Loman dominates Willy’s mind as he was a successful businessman who made his fortune in diamonds.

He made his fortune at the age of 21.

He is the kind of person who heads to Alaska but ends up in Africa, and still becomes successful.

Ben once asked Willy to join him in his business but Willy turned the proposition down. That wrong decision haunts Willy to date.

Willy’s father disappeared when Willy was just a baby.

He had gone to Alaska to participate in the gold rush in the late 1800s but never came back.

Willy and Ben do not have an idea of the whereabouts of their father.

According to Ben, their father supported the family by selling flutes from town to town.

Ben claims that his father was very successful in trade, a possible reason why Wily mostly wants to sell things.

The sound of a flute playing in the background of the narration is a reference to Willy’s father, implying that Willy always has his father in mind.

Bernard is Charley’s son who was a smart student and also a successful attorney who goes to the supreme court.

Biff and Happy admire Bernard, and he is a symbol of frustration to Willy since his sons are the contrary of Bernard.

Howard is Willy’s boss who inherited the company from his father.

Howard is younger than Willy and treats Willy in a condescending manner and later on fires him.

She is the woman Willy had an affair with several years ago in Boston.

Biff discovers the affair when the woman leaves the bathroom where she was hiding from.

The woman only appears in Willy’s fantasies and memories.