What is a Character Sketch in Literature?

A character sketch is a brief piece of writing that describes an individual’s personality and behaviour patterns. A character sketch is meant for introducing your audience to someone. You must ensure that your reader has a strong mental image of your character. Before creating a story in literature, you need to create a realistic and consistent character or characters so that you can tell how they would behave or respond to various situations of your story. To have a perfect story, you must have characters driving the plot, which is only possible if you very well know your characters.

To shed more light, a character sketch answers questions such as:

There are no limits to the questions that you can ask or answer about a character; however, the questions above will give you a sketch of the personalities and behaviour of any given character. 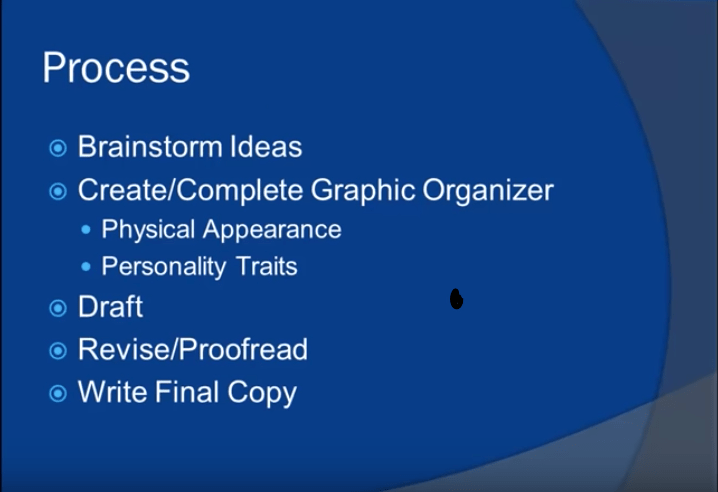 the process of preparing a character sketch

In a nutshell, a character sketch provides a snapshot of a person, and you have to be direct, describe everything that you want your reader to see and take your time in doing so.

What elements should be included in a Character Sketch?

Your characters must always have a name for referencing purposes.

Naming a character is not an easy task and requires thorough research on the meaning of various names and roles they play. It is essential to understand that names may change throughout the writing process. There are several platforms that one can acquire names for their characters:

You could decide to make an internet search for a character name. Numerous websites categorize names depending on gender, ethnic origin, or even religiously. You can also give the characters’ nicknames that describe their true nature or their looks. For example, if a character was once involved in a robbery or a fight and ended up having a dent on their face, you can call him “scare face.”

It is, therefore, always important to select names that are easy to identify with your characters, for the sake of your audience. A well-selected name will make your audience always remember the plot of your story, and have an easy time analyzing.

Also, while selecting a name for your characters, you’ve got to be realistic. The choice of name must be authentic to the types of character living within them. For example, there are so many “Marys,” “Johns,” “Mohamed,” “James,” and “Williams” in the world. You may, therefore, consider including such in your story.

You must also consider the name of a character’s parents. Characters do not name themselves. It is the job of their parents to name them. You may, therefore, have to bestow a conventional or family name to a character.

When considering location, remember that Maria in Peru is Mary in Canada, Marie in France is Maryam in Iran. The names of your characters should, therefore, fit in and honour the location.

The genre of your story will also directly influence the names that you give your characters. Whether you are writing sci-fi, a historical, or a moody dystopian commentary, the names must be contextual to the theme and time.

You may not require the information throughout the story, but as a writer, you would have done an incomplete job if you leave some of the questions about a character unanswered.

The backstory must feel believable to your reader.

It sometimes gets hard to develop a backstory. Whenever you find it hard to create a backstory, think about a friend who has similar traits as your character. Use their story to develop the backstory of your character. Alternatively, you can contact Smart Custom Services for professional assistance in character development.

Your reader needs to know the first thing to notice when they meet the person for the first time. It is easier for your audience to have a visual idea of a character than to relay abstract concepts (such as “intelligent” and “friendly”). The first thing that you see on someone could be clothes, nose, hair, or figure. Your audience needs an image of the character that they can relate to.

Insofar as the physical attributes of your character sketch are concerned, follow the following guidelines:

The physical characteristics play a significant role in defining how a character is treated.

Though many physical characteristics may change with time, they will be influential in providing a visual knowledge of what the reader may expect from a specific character as the story develops.

You need to know how the character’s traits will be like. The characteristics need to be well defined, though they don’t have to be unique or original. This is most important if you have numerous characters in your story. The traits help in creating a right balance between your characters. For example, you can have “John being the funny one, Mary being tough, William being the sly one, and Mohamed being smooth.”

By knowing the character traits, a writer can identify potential problems during the development of characters. For example, if you have two sulking individuals with tragic backstories, then you realize that you need to see how to set them apart.

Besides, defining character traits is vital for ensuring that your story is consistent.

Such emotions can be established by answering the following:

The character sketch must list down all the dominant emotions of every character in your story. By listing the feelings, you will always be able to refer to the outline whenever they need to react to a specific situation in your story.

Ask yourself questions such as, what does your character want most? What pushes or guides them? These could be their fears, goals, or principles. To make a good character, always ensure that they have agency. This means that they plan and take well-defined steps to get what they want instead of just being instantaneous.

Every character has a desire that drives them throughout the story. If you ask your character where do they want to be or what do they want to have in the next five years, their response will give you a sneak peek of their overarching motivation.

Be sure to include the relationship between the character and the protagonist.

Also, include your thoughts on what you expect the character to contribute to your story.

Include all bits that would make a specific character unique, and list down anything that makes them different from the rest. Such information helps in developing a comprehensive, rounder, and fuller character. You have to include their favorite books, their major while in college, what they would do if they won a lottery, their heroes, and so forth. 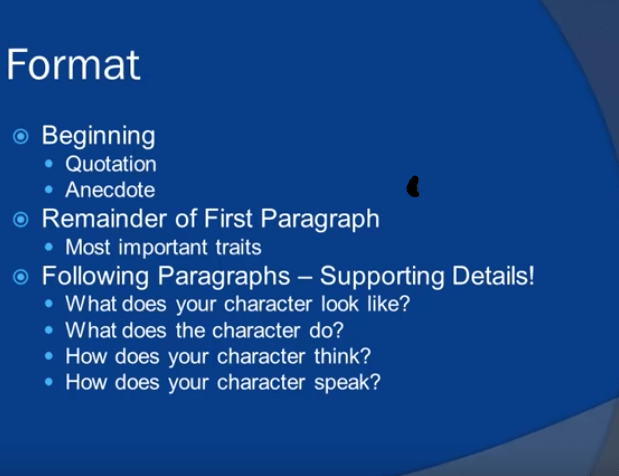 Format of a character sketch

Just like any literary works, a character sketch briefly describes a specific person or a type of person. You will, therefore, have to look into the distinct characteristics, the nature of that individual, and the way that they behave.

A character sketch in composition writing can also be termed as a profile or an analysis.

In composition writing, a character sketch ought not to be dry, and it should mostly praise the subject and entertain its audience.

The fabric of a character sketch is made up of traits, facts, accomplishments, and idiosyncrasies.

To make it more interesting, utilize anecdotes and quotes to stress the personality and appearance of the subject.

If you are analyzing a fictional subject, you can look into personal conflicts, the changes that a character goes through, their attitudes, and most importantly, the role that they play in the story.

Jean is the most incredible person one could ask for. She is like my sister. We have been through a lot together. I met Jean during my admission into fifth grade. Her locker was right next to mine. She told me that she didn’t know anyone in our class, and I told her that “You do now.” Since that day, we’ve always been loyal friends.

Jean is the most animated and lively character that I have met in my life. She is always on the move trying to keep up with school work. You may think she is a Federal Bureau agent. Anytime she is about to give us interesting information, and she usually tosses her hair back, looks side by side takes a deep breath, and clears her throat. Jean is never mean to people; she is just curious about her environment.

Most guys think that she is gorgeous. With her height and long black hair that cascades on her shoulders, our classmates have always asked her to try out modelling. Jean is always laughing, exposing her bright teeth. She likes purple dresses, wristbands, sweatshirts, and camouflaging pants. However, when it comes to dressing, she can also get very unpredictable. She will sometimes put on a fancy dress or overalls.

Jean always supports me in anything that I do. I play netball, and she has ever attended netball games only to see me participate and cheer me on. I once asked her jokingly to join with me the agriculture club, and I was surprised to see her attend our weekly agriculture meetings. The kind of friendship I have seen from this amazing lady is simply out of this world.

Not only does Jean support me, she is also a good listener and likes getting my opinion regarding various situations and aspects of life. The last term, she thought that Mr. Thomas had given her a lower science grade than she deserved, and she wanted my honest opinion. I gave her my honest and loving advice that the low grades could have been caused by the fact that she submitted her assignment later than the set deadline, and probably Mr. Thomas had punished her because of the late submission. Jean is a wonderful listener, because of taking my honest opinion, she managed an A+ this term. She, in fact, thanked me for being open to her and offering her the unbiased truth.

Jean does not look down upon me; she believes in me and is ready to listen to my worries in life. I can tell that she is always listening because of the eye contact that she maintains whenever we are having a conversation.

Even though we love each other like sisters, we get into disagreements sometimes. However, Jean has never allowed our differences to change what we feel about each other. Instead, we disagree to agree and remind each other that we are sisters.

Tips to Always Remember When Preparing a Character Sketch